I really enjoyed photographing this beautiful baby girl twins at my natural light studio in Sumner.  These were the first twins I photographed after returning from maternity leave, and they were just a dream.  I was happy to incorporate some touches of yellow into their session, it is one of my favorite colors and captured the early fall season so well.  This session reminded me how much fun it is to photograph twins and how I would love to do that more often. Here is a look at a few of my favorites – look at all those toes in my favorite baby feet picture!

Mom was so amazing to give birth to these two without surgery, I just love her birth story which she has kindly shared below.  Read on to find out which twin arrived first! 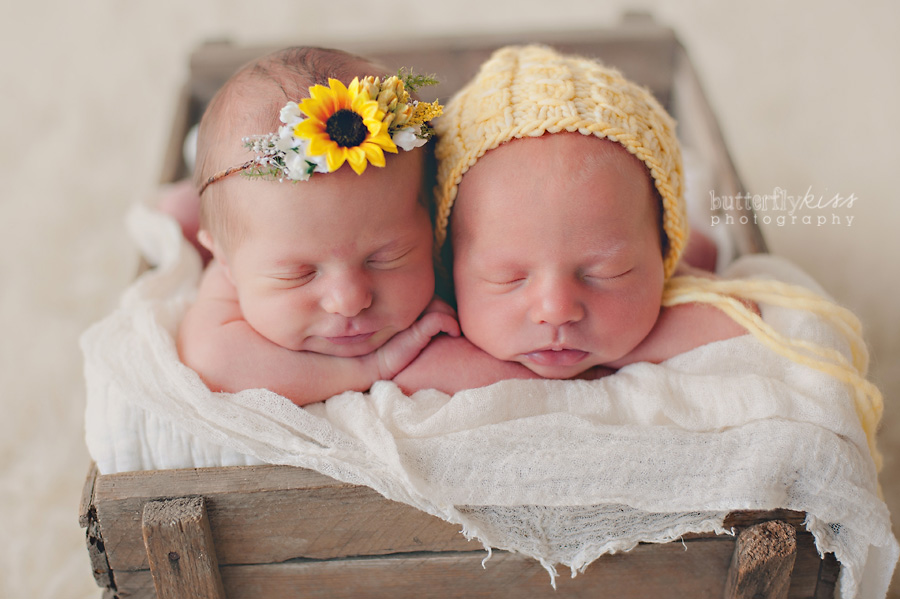 My husband Jason and I have tried for years to get pregnant and have had multiple miscarriages.  Finally on a glorious day in February 2015, we saw the heartbeats of not one, but two babies..twin girls!  My pregnancy was fairly easy, but painful as my skin stretched and body changed to accommodate a twin pregnancy!  I was due in October, but I figured I would go early with twins.  I found out in July that Baby B had too much amniotic fluid even though I tested negative for gestational diabetes.  Every week since July, I would go in for a non-distress test to make sure the babies were doing okay.   As August came and went, I began to think that I would go a full 40 weeks with twins and my body cringed in pain at that thought!

After my 36 week ultrasound, the doctors decided to schedule an induction date at 37 weeks since I had already dilated 3 cm, Baby B still had too much amniotic fluid, and Baby A started to measure with too much amniotic fluid.  I was disappointed because I was really hoping to go into labor naturally.  I did everything I could that week to help bring on contractions naturally (spicy food, time with my husband, extra long walks).  On Friday September 18 my husband and I went to the hospital at the scheduled time of 9pm to begin the induction at Madigan Army Medical Center.  I did not have to begin Pitocin right away since I was already contracting on my own and measuring 4 cm!  Eventually the Pitocin began, but it was not nearly as scary and painful as I thought!  The nurse began a low dose and I was able to handle the mild contractions and attempted to sleep through them, yet I was just uncomfortable.  Unfortunately with twins, I had to be hooked up to not only my IV line, but heart rate monitors so unfortunately I could not walk very far.  By 5am I had not contracted too much more so they broke my sac of Baby A.  Then the contractions really began! 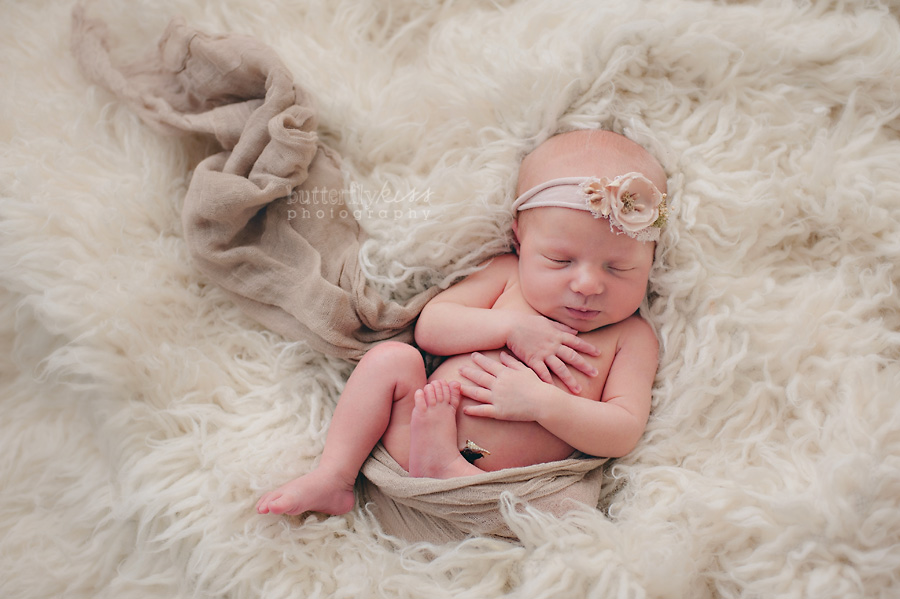 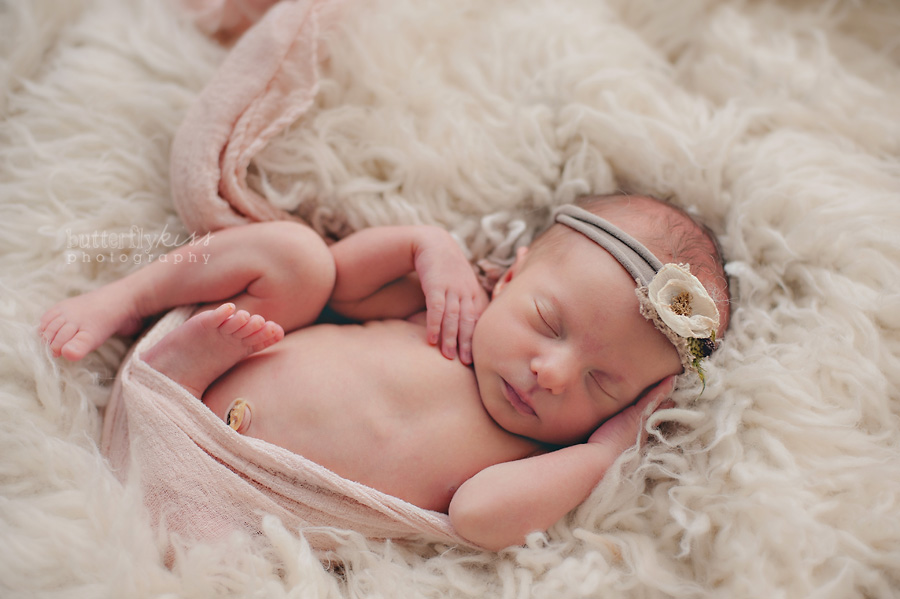 I was able to talk to my husband through most of them as he tried to make me laugh and distract me with stories.  I knew eventually I wanted an epidural just in case I had to have an emergency C-section. I wanted to be able to still remember holding my babies and did not want to be so groggy from a stronger anesthesia.  By 7am I was ready for an epidural but I told the nursing staff I would wait until after hospital staff shift change.  Shift change would not come soon enough and I was in a lot of pain!  I thought that there was no way I could still get an epidural.  Finally, I had my epidural in and my doctor came right after to see how much I had dilated…9.5cm!!  I waited another hour (actually fell asleep from exhaustion) and I dilated the last .5cm. 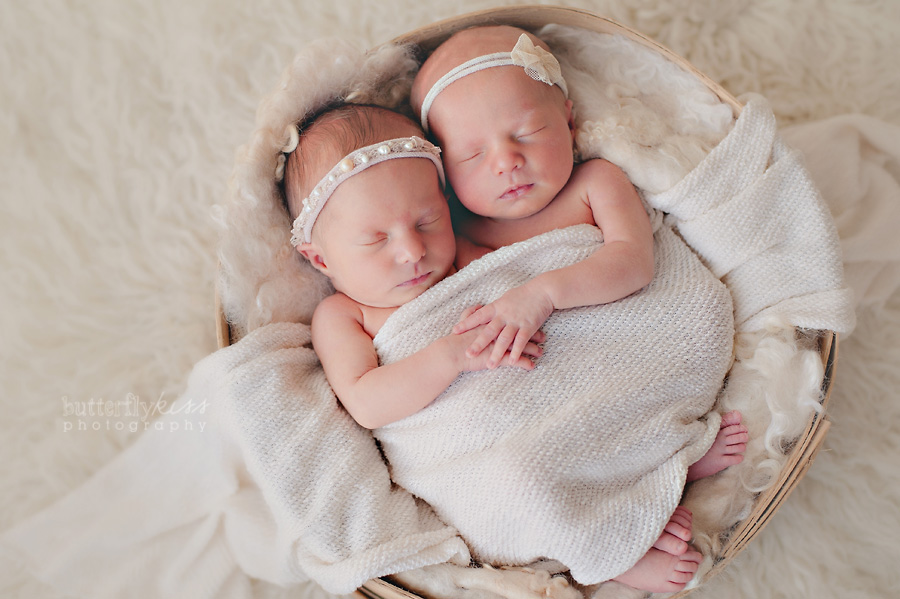 I began pushing in my labor and delivery room before I had to go to the OR.  In the OR there was a whole team of doctors and nurses (11 people counting my husband and I).  The amount of support and the fact that we were in the OR was overwhelming and scary yet exciting; I just cried!  Soon it was time to push again my Baby A, who was still and had been the whole pregnancy, head down.  Out she came at 1137am 5 pounds and 10 oz, Elizabeth Lois!  She came out crying and my husband and I just cried of immense joy! 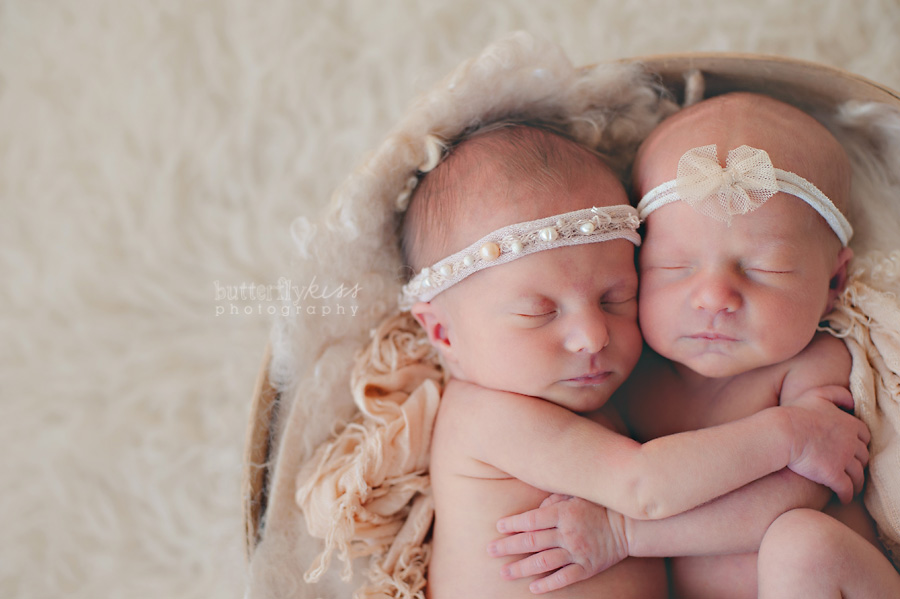 Next was my Baby B, who was breech almost the whole pregnancy.  This was the part where I thought I would have to end up having a C-section and I truly expected to hear that at any moment.  My resident doctor (who was absolutely phenomenal) and the attending doctor began to ultrasound my belly to see what her position was at now.  She was still breech, but frank breech (butt first).  There was a lot of whispering among the doctors as they tried to decide what to do.  Meanwhile, the nurses brought me Elizabeth to nurse from me while we waited for her twin sister to make her arrival.  I think to this day Elizabeth nurses well and has great instincts because she was nursing from me within 5 minutes after birth.   The decision was finally made, the doctors had me push and increased my Pitocin.  They broke Baby Bs water as she came closer (I pushed just as they broke the bag and the fluid went everywhere on everyone!!). 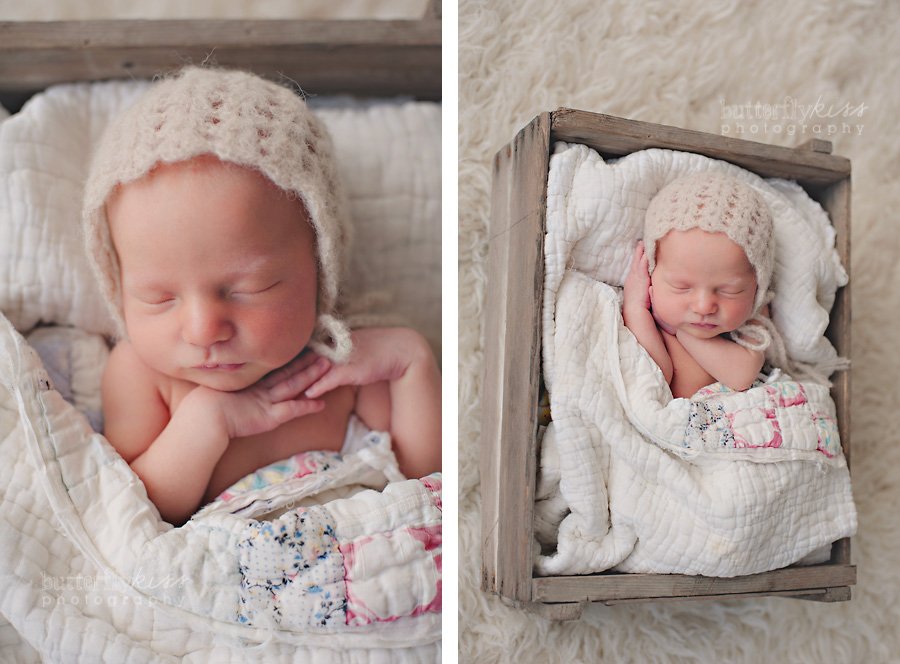 I kept pushing hard as my husband counted for me and at 1209pm out came Quinn Amelia to this world butt first, 5 pounds 5 oz!   Quinn did not cry right away and was a bit more lethargic , but sure enough she began to cry!  My husband and I shed so many tears of happiness as we held our beautiful twin baby girls!  We are truly blessed and I am thankful every day for not only having one healthy baby but two beautiful and amazing baby girls! 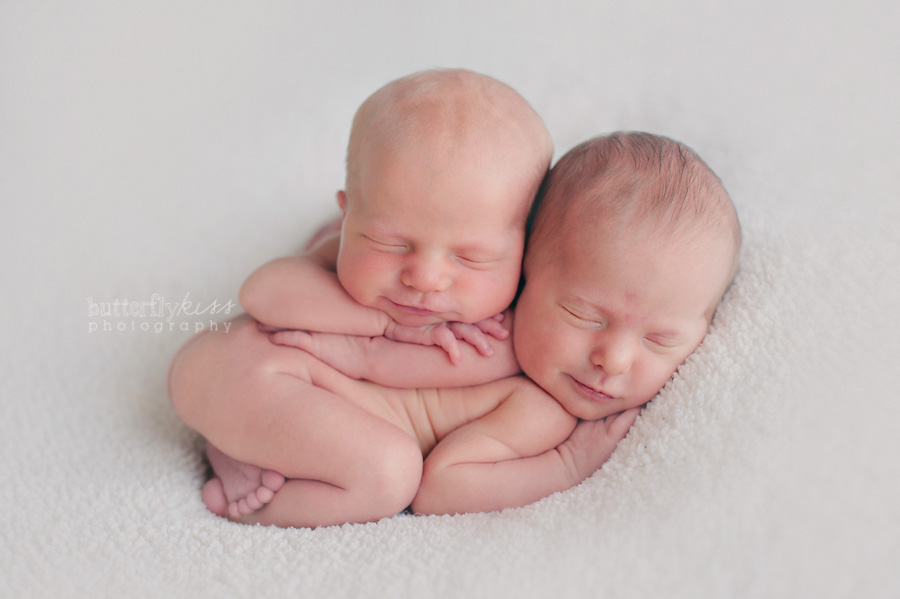 Are you expecting a little one (or two or three!)?  Take a peek at my newborn gallery and get in touch via the contact form above for current availability.  I take a limited number of newborn sessions each month to allow flexibility if your little bundle should arrive early/late and so that I can create something truly special just for you. Now booking Winter 2016 – limited availability for January due dates and December is sold out.  Book now to ensure availability for your one-of-a-kind session.